This is a post by Joanne Mouthaan. As a PhD candidate, Joanne conducted a large prospective longitudinal trial of mental health in traumatic injury patients in Amsterdam. Now in the final stage of her thesis, she is working as a lecturer at the Department of Clinical and Health Psychology of Leiden University, The Netherlands.

Our team’s goal is to gain more insight into a) the incidence and development of mental health problems after injury, b) possible bio/psycho/social factors contributing to these problems, and c) prevention of mental health problems by intervening early. From 2005 to 2010, we recruited approximately 900 patients from two level-1 trauma centers (the Academic Medical Center and the VU University Medical Center). Regarding the issue of prevention, we developed a web-based early psychological intervention called Trauma TIPS, the main subject of this post.

Around the world, traumatic injury is one of the most common traumatic events, accounting for 9% of global mortality. Because of its high incidence, injuries cause millions of people to experience (temporary or permanent) disabilities on a yearly basis, including mental health problems (see http://www.who.int/topics/injuries/en/). PTSD develops in 10-20% of injury patients. Therefore, prevention of PTSD has been mentioned by some as the holy grail of trauma research.

Up to now, only interventions based on cognitive behavioral therapy (CBT) have proven effective in preventing chronic PTSD. Mostly, this concerned early treatment (3-5 sessions) of acute (posttraumatic) stress symptoms. It is still unclear whether a single session of CBT-techniques could also prevent PTSD. Below are the recently published results of our brief self-guided Internet intervention, Trauma TIPS [1] (see Figure 1) . The aim of the program was to decrease acute distress, anxiety, and arousal, which are known to predict PTSD, and to prevent the onset of PTSD symptoms through various CBT-techniques. eHealth interventions are nowadays considered cost-effective and increasingly feasible, as global Internet use is growing exponentially. Although studies showed Internet-based CBT programs to be successful in the treatment of PTSD, little evidence exists whether these programs may prevent PTSD. 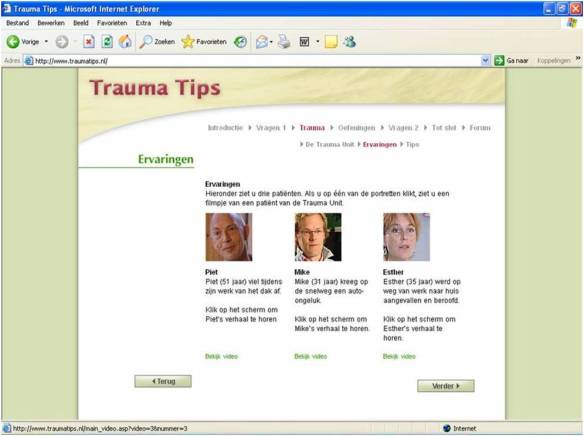 Figure 1. Screenshot of the intervention

Using post hoc latent growth mixture model analysis (LGMM), we examined whether the intervention could be beneficial to a specific subgroup of patients. This revealed 2 latent subgroups of patients with high initial (baseline) PTSD symptoms versus low symptoms. The main difference was between the high symptom groups: high symptom patients in the intervention condition showed a significant decrease in PTSD symptoms over time (p<0.001), but high symptom patients in the control condition did not (p=0.32).

We did not find any main effects of the intervention on symptoms of PTSD, depression or anxiety. An important finding is that participants were reluctant to use the intervention. In fact, one in five patients in the intervention group lacked any exposure to the intervention. Based on these results, there are currently no indications that offering a voluntary, information-based prevention program via the Internet to unselected injury victims is useful in preventing PTSD symptoms.

It is important to target future comparable Internet-based early interventions at individuals with high initial symptoms, since Trauma TIPS did show effects in a latent subgroup of participants with high PTSD symptoms at baseline. Future research may focus on innovative strategies to increase intervention usage. Moreover, it is time to move from universal to selective prevention, targeting high-risk individuals who are more likely to benefit from the intervention.

For more information, please contact Joanne at j.mouthaan@amc.nl or  nl.linkedin.com/in/joannemouthaan/.