A friend of mine just got his kids to safety. They will be able to sleep again. Many others are still on the run or staying put in difficult circumstances.

Now these kids were in Ukraine, but it could also have been Ethiopia, Afghanistan, Yemen, or several other places.

Globally, well over 80 million people have been forced to leave their homes due to conflict and human rights violations.

The Australian news has shown a narrative of solidarity with refugees in the past few days. This is heart-warming to see and much needed to support those who are affected.

However, there is another side: Australia has a history of detaining people who are seeking asylum. In particular, those arriving by boat.

People seeking asylum by boat have been ‘processed’ offshore on two Pacific islands – Nauru and Papua New Guinea – and if determined to be genuine refugees, they have not been allowed to resettle in Australia. Many have endured multiple years of immigration detention.

The concept of moral injury – the experience of your beliefs of what is right and wrong being transgressed – has gained attention in the trauma literature recently. Being exposed to moral wrongs, or even forced to participate in them, is a terrible type of injury.

Our team wanted to better understand experiences of moral injury and mental health related to immigration detention on Nauru.

It is difficult to speak with the people who are directly affected but we were able to interview 13 refugees who had been medically evacuated from Nauru to Australia. On average they had been detained on Nauru for 14 months, though there was quite a wide range (1 month to 3 years).

We derived the following main themes from the interviews:

END_OF_DOCUMENT_TOKEN_TO_BE_REPLACED

This article is a collaborative effort by members of the Global Young Academy, the Young Academy of Scotland and Research Whisperer, where it was initially published (image: refugees welcome, by Ilias Bartolini, on Flickr (CC BY-SA 2.0).

We wrote it together, with special thanks to Karly Kehoe, Debora Kayembe, Shawki Al-Dubaee, and Jonathan O’Donnell.

Academic solidarity is a core value shared by researchers all over the world. There is a recognition of the need to support, challenge and – when required – protect each other, our disciplinary integrity, and our fundamental investigative principles.

War and conflict disrupt (and sometimes destroy) societies. As part of that process, academics can be  specifically targeted. In Free to Think 2017, the organisation Scholars at Risk analysed 257 reported attacks on higher education communities in 35 countries over a period of 12 months. Along with fellow citizens, academics often need to flee conflict zones.

As researchers already working in a certain location, we can offer significant support to fellow academics who are refugees. The ways of getting involved vary from minor and short-term initiatives to substantial and more long-term programs.

The list that follows is by no means complete, but it serves as an idea generator to help build a diverse range of activity. A challenge at the start of any initiative is finding out who the at-risk or refugee academics in your community are, and to make it easier for them to find colleagues in universities or local scholarly associations.

END_OF_DOCUMENT_TOKEN_TO_BE_REPLACED 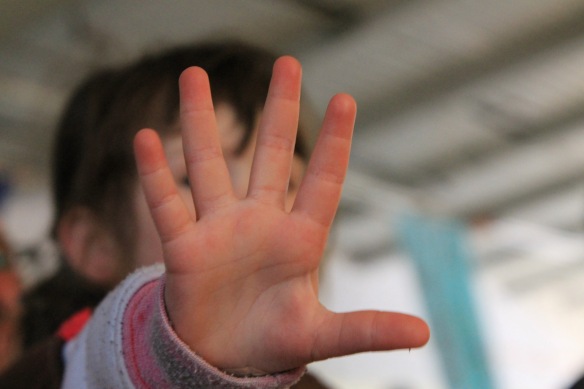 “I was angry at everything. Angry that my mother was dead, I was sad as well. I was angry that my dad was in prison, I wanted to see him but that wasn’t allowed. That made me angry.”

This is a quote by a young Dutch girl whose father killed her mother. More than a third of female homicides worldwide are perpetrated by an intimate partner. Many of these women are parents. Since I’m back in Australia, I’ve tried to look into the local figures: in total, probably over 1,000 Australian children have been bereaved by fatal domestic violence in the past 20 years.

It is an understatement to say that losing a parent at the hands of the other parent has a major and lasting impact. It turns children’s worlds entirely upside down: at once they lose both parents – one to murder and one to prison or suicide – as well as their home and school environment.

“The beer they gave Casper in the ambulance, calmed him down” she says.

The presenter is recounting the story of a boy who broke his leg in a swimming pool accident.

What? Is alcohol the latest innovation in professional care for children?

It keeps the audience in suspense for a while. Until it turns out presenter meant to say (teddy) ‘bear’, not ‘beer’. That presenter was me by the way 🙂 we had a good laugh about it.

Ambulance staff are often the first at the scene when a child is seriously injured. What do they know about children’s stress reactions? Have they had any training in psychological first aid? And how confident are they about providing it? END_OF_DOCUMENT_TOKEN_TO_BE_REPLACED

One would think that people with few friends and living in poverty are more at risk for PTSD than those with a strong support network and many resources.

However, it is a different story when you look at the country-, rather than the individual level. Countries with more resources, such as the USA and the Netherlands, have higher levels of PTSD than countries with fewer resources (e.g. Colombia, South Africa).

This is the key finding of our latest study, which has just been published in the British Journal of Psychiatry. For the analyses, we made use of international data on trauma exposure, PTSD and country vulnerability. They had been collected in 24 different studies, published between 2005 and 2014.

The information on exposure and PTSD came from one, well-established and (evidently) widely used measure, the Composite International Diagnostic Interview. The country resources, or vulnerability, information came from the annual World Risk Report. It includes a mix of country characteristics, such as number of hospital beds, malnutrition, and gross domestic product per capita.

Michel Dückers, the lead author of the study, calls it the “vulnerability paradox”. END_OF_DOCUMENT_TOKEN_TO_BE_REPLACED 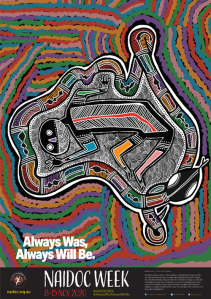