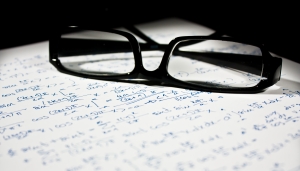 One of the main questions of child trauma psychologists is which children are most vulnerable for PTSD after a traumatic event. The answer would help us to develop interventions that address causes of distress and to focus on the children most in need.

Recently, a fourth meta-analysis on predictors of posttraumatic stress in children has been published, which makes it interesting to compare findings and methods (yes, in that order, for busy people). It gives clinicians insight in risk factors for PTSD and it shows academics what needs to be studied in the next few years.

These are the four meta-analyses I know of, published over a period of 6 years: Kahana et al. (2006), Cox et al. (2008), Alisic et al. (2011), and Trickey et al. (2012). In a nutshell, the reviews combined correlational effect sizes to see which risk factors are associated with children’s posttraumatic stress symptoms. Their methods varied, which I will summarize below, but the findings converge to a number of interesting conclusions.

For clinical practice: what we do know

Applying Cohen’s criteria for correlational effect sizes (see note below; 0 is a near zero effect, # is a small, ## a medium, and ### a large effect), these are the findings of the meta-analyses for those risk factors measured in at least 5 studies:

In general, the variables that are more psychological (‘proximal’) are more strongly associated with posttraumatic stress then those variables that are more objective/demographical (‘distal’). This has also been found for adults (Ozer et al., 2003). We don’t get very far by measuring demographics and a few characteristics of the event. As Trickey et al. conclude, we should not overestimate female gender as  a risk factor. It’s effect has quite consistently shown to be rather small. Instead, we need to measure acute stress reactions and other psychological problems such as depressive symptoms. In addition, family functioning, parental distress, and to what extent a child thought that he/she might die, seem to be (very) important.

Interestingly, age showed quite consistently not to be a very good predictor of posttraumatic stress. Does that mean that we can apply all adult literature to children now? I don’t expect that to be the case. We are looking only at the relationship between age and amount of stress symptoms as measured according to the DSM. That’s quite specific. It doesn’t tell us anything about the different combinations of symptoms that children may have, nor about symptoms that are not included in the DSM yet but tend to be child-specific (see e.g. the work of Michael Scheeringa and colleagues). Also, age may have a moderating effect or it’s relation with PTSD may be moderated by something else. For example, Trickey et al. found that younger children tended to be more vulnerable to developing posttraumatic stress after group trauma then after individual trauma.

For future research: what we don’t know yet

In my view it’s quite shocking that there isn’t a lot of empirical literature, while the question of vulnerability and causes of posttraumatic stress is of great importance. Variables that may be very important, haven’t been studied often enough to be summarized in a robust manner (I applied the 5 studies minimum here). A lack of social support is found to be one of the most important predictors of  posttraumatic stress in adults. In children, a few studies show tentative evidence that it is a key factor in children’s recovery.

Also, as Trickey et al. pointed out, there are a number of cognitive factors, which influence make sense from a theoretical point of view but which haven’t been studied in-depth in children yet. For example,  thought suppression and rumination would be of relevance for future research.

The list of what still needs to be studied is quite long. To finish with a more general note, we will gradually need to look not only at the ‘simple’ relations between risk factors and amount of stress but also at the specific processes that are underlying these relations. Parental distress and family functioning are predictive of child posttraumatic stress; what then, happens there exactly? What would we need to do to help parents and families to be more supportive of children’s recovery?

A review of the methods

My personal stance is that it is important to look at longitudinal relations between risk factors and outcomes such as PTSD. Looking at cross-sectional relationships, may induce biased thinking about causality (even with longitudinal relations, we’re not sure about causality, but at least it’s closer and allows us to speak of predictors). Take the example of measuring appraisal of life threat at the same time as level of posttraumatic stress. It may well be that appraisal of life threat causes PTSD but it may also be that children with higher stress scores are simply more prone to remembering life threat than children with lower stress scores.

Similarly, it is incredibly difficult to make choices regarding measures. Trickey et al. have required measures to be validated in the literature, Cox et al. also accepted psychometrics described in the articles themselves, while our only criterion was that the intrusion and avoidance had to be included in the measure and that the outcome measurement took place at least three months post-trauma. These differences in decision making along the way may have caused different findings.

However, when we start taking all methodological differences and related limitations too seriously into consideration, we’ll get desperate. It’s only by accumulating good primary studies, having independent groups replicating each other’s work (see Kahana et al), and synthesizing this evidence repeatedly according to the latest standards, that we’ll make progress. So, back to work tomorrow :-).

For the table on findings, I have applied Cohen’s criteria, with correlational effect sizes below .10 = negligible (0), .10 = small (#), .30 = medium (##), .50 = large (###). I have conversed Kahana et al.’s findings from d to r. With regard to Trickey et al.’s analysis, I have applied Cohen’s criteria to their rhos, however, it may well be that this is an underestimation (the authors once state .30 as a large effect, and .47 once as a medium to large effect if I understood it correctly). Any suggestions for making the findings optimally comparable are very welcome.